Solidarity with Romanian Workers on General Strike at Electrolux

We are deeply outraged that the management refuses to change its position and to offer to the Romanian workers wages which allows them and their children a decent living. We completely understand that the local trade union does not accept an increase of only €1/day and a bonus of attendance of €1/day, which can be lost if the worker cannot be 100% present at work, for example due to sickness.The plant in Romania is a subsidiary of the Swedish multinational company Electrolux whose headquarter is in a country well known for its good industrial relations. We expect Electrolux, which is a profitable and wealthy company, to apply the same model as in their home country and to pay fair and decent wages to its workers everywhere, including Eastern Europe. The Romanian workers deserve their fair share of the company’s productivity gains that they contribute to through their hard work.
Electrolux is paying its Romanian workers around €360/month, €400 with meal vouchers. This is below the living wage in Romania, where the necessary amount for a decent living is €537 for a single person and €1410 for a family of two adults with two children.[1] The local trade union affiliated to FNS Solidaritatea Metal is only asking for a much needed increase of €70, so that workers in Electrolux and their families can come closer to a decent living.This is yet another case of a multinational company pitting workers against workers in a race to the bottom. We will not tolerate such unfairness and we support the struggle of our Romanian colleagues at Electrolux for decent wages for all workers. 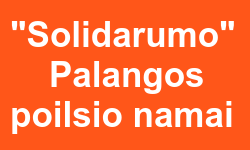